Since the 1.69 patch, customizing the appearance of your character and equipment has never been easier. However, even the original Neverwinter Nights crafting system had severe limitations. Due to a major addition, all of the functionality of Distorted Mirrors has been added to the player craft menu, with no gold costs, crafting DCs, or the well known lag from similar menu driven functions. Thus, it is now possible to change your appearance on the fly; though, it should be noted that this does not qualify as being disguised.

The system is accessed by right-clicking on your character, then choosing Special Abilities (4) > Crafting Skills (8). 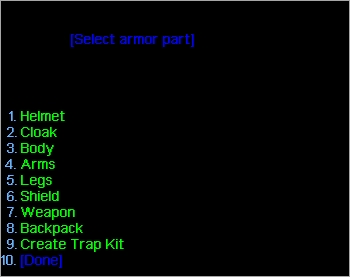 The first five options and their sub-menus: Helmet, Cloak, Body, Arms, and legs, along with the eighth option: Backpack, work similarly to the old Distorted Mirrors scattered around Arelith. The player is presented with a series of form numbers corresponding to model appearances. Forms in red are not available due to incompatibility with the character's current equipment. For example: Characters wearing base AC 0 armor cannot choose the appearance of full plate, and vice versa. 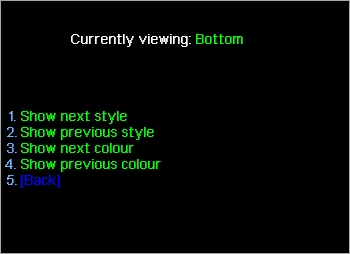 The sixth and seventh options: Shield and Weapon, allows the player to cycle through the available shield and weapon appearances in a loop. Again, one cannot choose a small shield's appearance if one is wearing any other size shield. While shields will automatically cycle through colors, weapons will not. Each piece of a weapon: top, middle, or bottom, may be individually colored with your choice of gray, gold, copper, or black, allowing for a greater degree of uniqueness among player weapons. There are no options to add visual effects, such as fire, lightning, evil, or holy glows. Since there is already a method for obtaining most of these effects, it is unlikely that players will be given these options in the crafting menu.

The eighth option: Backpack, grants players a wings attachment. There are two styles of pack, two quivers, and two scabbard options. Wearing a visible cloak will override the appearance of the backpack, though setting the cloak appearance to invisible will solve this problem .

Create Trap Kit is available as the ninth option. Each type of trap is listed in this menu, with the corresponding component. 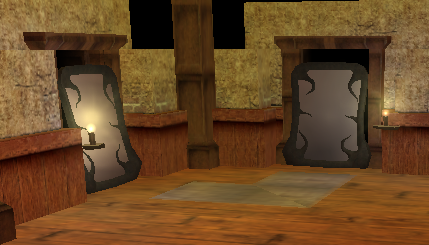 A pair of mirrors in Thoramind's Magic Shop. The magical clothing-changing prismatic and distorted mirrors are a common presence on the isle, with almost every town or prominent location featuring a set. When a Distorted Mirror is used, a dialogue box will appear, and one can make their choice of section, body part and selection, to customise their armour or clothing. Prismatic Mirrors function differently, they change the colour sets used by the equipped clothing according to the colour charts below. These mirrors allow you to enter a number yourself if you know the colour number you want for that set already, or as according to the table below.

The following chart serves as a guide to the colors used in the Prismatic Mirrors. 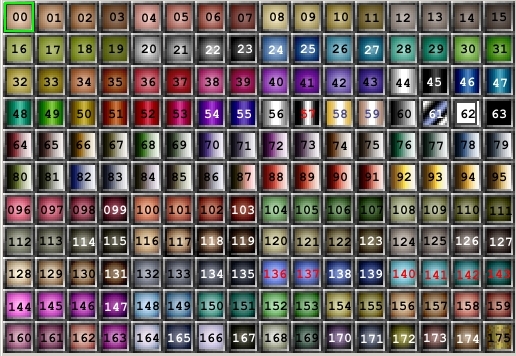 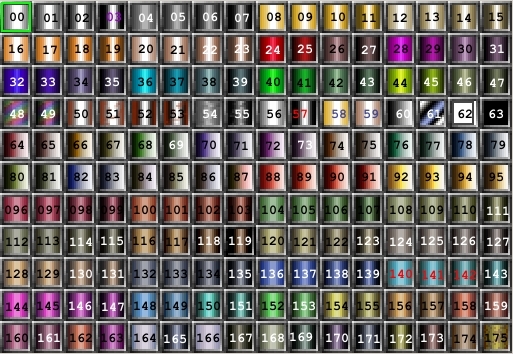 Arelith has In Game resources to change the physical features of your character in a quick and efficient manner that no longer requires DEV intervention. At request, a DM may portal you to the Character Editing Room to use the following options, at their discretion. Note: DM's are not obligated to allow you to change any aspect of your character.

Name Changer - Character names can be changed via the name changer, with the permission of a DM. All information transfers smoothly, and unlike earlier incarnations of the name changer, a character should no longer experience issues with banks, shops, or the muling script.

Body Mirror - Lets you change colours on your PC. 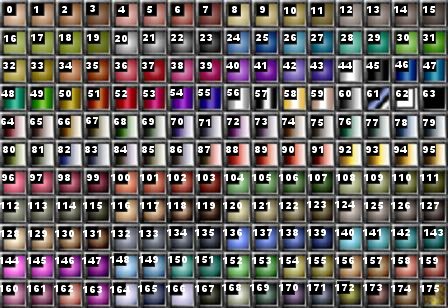 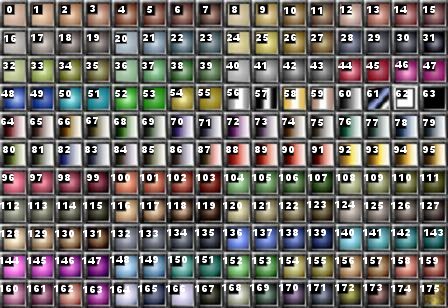 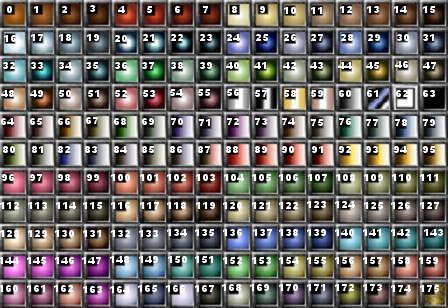 Arelith has a Console Function, -description, that allows alteration of a character's "Examined" description. Type -description ? while in game for more information and see Description to read more.

Appearance of weapons can be changed with essences, which is in details described in weapon guide.

Future customization of items can be done with enchantment basins.